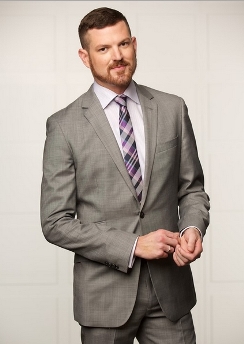 Justin is a sixth generation Texan - born in San Antonio, attended Plano public schools, obtained a degree from Southern Methodist University, and attended law school at St. Mary’s University, where he was a member of the St. Mary’s Law Journal and a national liaison for the American Bar Association’s Law Student Division.

Justin has worked in public, private, and non-profit sectors. In 2009 he started his own business helping consumers with credit-related problems, which was later turned into the The Nichols Law Firm. Justin has appeared before 100+ judges in more than 20 counties across Texas - in municipal courts, justice courts, county courts, probate courts, district courts, federal courts, bankruptcy court, and state and federal appeallate courts.

Justin's proud to be the big brother to sisters, Haley and Kylee, and uncle to his niece, Whitley. In his spare time Justin enjoys fishing, hunting in the Hill Country, traveling to new places, cooking, and he raises chickens and peacocks. Justin is known for his willingness to take on a challenge, his ability to employ unique techniques and strategies to achieve his clients' goals, and being fearless no matter the size or perceived power of an opponent.

Dumping the Fair Debt Collection Practices Act: The Case for Using State Law to Fight Abusive Debt Collection Practices
Published in the Fall 2012 edition of the Texas Journal of Consumer & Commercial Law
Out-In-SA - 11/18/2016 : Preparing Our Community for the Trump Years
Out-In-SA - 6/26/2015 : Now That You Can Get Married... a Few Words of Advice 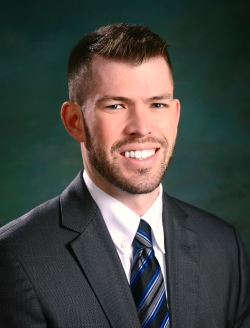 Adam was born in Wichita, Kansas and attended the University of Kansas and the Washburn University School of Law before moving to Texas to begin his career. He was a member of the Sigma Phi Epsilon fraternity and wrote for the University Daily Kansan. While in law school, Adam joined the Legal Analysis, Research, and Writing department as a teaching assistant, and worked for the university’s Criminal Defense Clinic.

Adam brings experience in disability rights, criminal defense, and lobbying governmental agencies. After becoming a member of the Texas Bar, he worked in Austin doing judgment enforcement and helping clients protect their Second Amendment rights with National Firearm Act Trusts before moving to San Antonio to join The Nichols Law Firm in 2015, where his practice is mainly focused on real estate and consumer litigation. He is known for his hard work, attention to detail, and professional service.

United States District Court for the Western District of Texas

Mary joined us in 2017, and has helped guide the firm during some of its most challenging cases to date! She's spent her career working at some of the best law firms in town, and brings a wealth of business experience and common sense to her work. But most of all, Mary is an expert at keeping the firm (and the attorneys) in line. In her free time, Mary enjoys all things water, and especially enjoys the Texas coast! 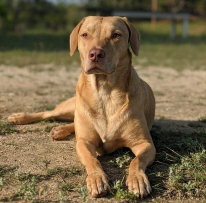 Justin adopted Lincoln in 2017, and he became Reagan's best friend. Where Reagan went, Lincon went, and what Reagan did Lincoln did, too. Lincoln adopted Reagan's calm and love for people. Today, Licoln cheerfully greats our guests, and insists on being a part of all major decisions!

Lincoln doesn't have email, but you can send treats!

Justin rescued Reagan in 2007, and Reagan served as the firm's mascot since its founding - coming to the office almost every day. Reagan was a real therapy dog, and comforted many clients in their times of need. Reagan passed away in March 2021, but will always be remembered as the first face of the firm! Can you tell we love dogs?